What Is A VPN & Why Exactly Do I Need One?

Full Disclosure: This post contains affiliate links to products/services. We may receive a commission for purchases made through these links.

It’s the best way to keep your personal information safe and secure online… So, what exactly is a virtual private network (VPN) and why would you want one?

If you’re anything like us, you undoubtedly spend a lot of time working online. It’s possible that you work in the field of blogging or web development. If you’re a small-business owner, chances are you do the majority of your work on a laptop. Chances are you spend a lot of time online, no matter what you do. And if you do, chances are you’re doing so in an unprotected location. Risks can arise when you’re utilising the internet in settings that aren’t secure. That’s where a virtual private network (VPN) comes in.

Virtual private networks (VPNs) are similar to Wi-Fi hotspots in that clients link their computers or work devices to them, and all of their incoming and outgoing data is encrypted.

Protocols like IPsec, IKEv2, and OpenVPN are used by VPNs. Some are more secure than others, but the bulk of them are compatible with Windows, macOS, Linux, and mobile devices. They come in a variety of levels of security.

Virtual private networks (VPNs) are widely utilised in both commercial and personal contexts. Branch offices and home workers can securely access company resources and intranets via a VPN, for example.

VPNs can also unblock censorship in countries with strict or oppressive regimes. When it comes to censorship, China’s government has blocked a wide range of popular websites such as Google, Facebook, Twitter, and Wikipedia. A VPN server situated outside of China can be used to bypass China’s censorship and access these sites.

Alternatively, users can simply use streaming services like Netflix or Amazon Prime to view material in different locations.
It is handy for the majority of people, however there are risks involved in accessing a public Wi-Fi network. When hackers monitor, sniff, and intercept your traffic, they can steal your credentials, bank details, or identity.

According to HideMyAss, cybercriminals are interested in 85 percent of internet activity. Passwords, bank account numbers, email addresses, and other sensitive information are included in this.

When using public Wi-Fi networks like coffee shops or airports, most individuals are aware that they should be careful about what websites they visit. Despite this, many people are unaware of how vulnerable they are.

The same holds true for hotel guests who access the internet via their hotel’s free wifi network. 60 percent of hotel guests admit to viewing inappropriate websites on these networks without realising it, according to Cisco study.

It’s for this reason that you should use a VPN. In order to keep your internet activities private, you need to use a virtual private network (VPN). Nobody will know what you’re doing or looking at.

Since VPNs make it much more difficult for someone else to get their hands on your personal information, they can benefit everyone who uses the internet. Most VPN providers allow you to set up a profile on their servers so that all of your Internet traffic is automatically routed through the VPN.

Virtual private networks (VPNs) are extremely helpful tools because they allow several devices to seem to be connected to the internet from a single, authorised location. Encryption is used to safeguard your internet connection, disguise your IP address, and mask your location when using a virtual private network (VPN). They can be used on a variety of platforms, devices, and locales. Additionally, they’re ideal for individuals and enterprises who want the highest levels of privacy, safety, and security possible when conducting business online. 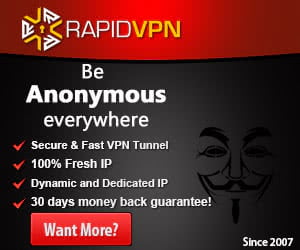 How Should You Go About Choosing A VPN?

AirVPN Vs VeePN: The Clever Option Is 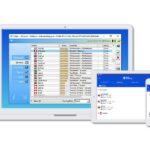